Inspired by… Schmiede in Hallein

Schmiede – playground of ideas from Judith Holzer on Vimeo.

This week I had an email in my inbox by one of the best festivals I’ve ever been to. A festival I’d like to share with you in my new „Inspired by“ series on the blog. It’s a very unique and special festival and maybe it’s so great because its main focus is not being a festival (as in party till you can’t no more), but a great space for ideas.

I was part of the Schmiede playground in 2008 (when I really didn’t have a clue what it’s all about) and in 2009. Time, travels, distance and different paths in life have held me from coming back since, but the inspiration I got there still sticks with me. I met some outstanding people, great musicians and people that sparked a flame in me to do something great on my own. I’m still working on that and I feel like I might need to go back to catch some more sparks and speed things up.

Basically it all takes place in a huge building in Hallein. There are lots of rooms, hallways, tiny chambers and industrial halls. You can pick your own working space and set yourself up for 10 days of work. And fun. And so much more.

Up for a play date? Let’s meet at the playground of ideas.

Dancing in the light of an installation. 2009

Meet the DJs. Beni Brachtel and Roman Rauch in 2009.

So what is it _really_ about?

For me Schmiede was always the people and the thoughts and ideas we exchanged. The first time I around I didn’t know anyone. No one. And at the end I’d made some new friends, some of them I’m still in touch with today. And the others? Well I still follow from time to time and when we run into each other there’s still this (secret) bond Schmiede seems to create.

Playing in the salt is always an option.

Getting creative with something we only just came up with. This was in 2008

Schmiede is also a place to try new things you never get a chance to in everyday life.

„Schmiede is a producers festival between the arts and entrepreneurship with a strong tendency towards digital media, a playground where our ideas come to play. Smith is the family and/or community around Schmiede.“ www.schmiede.ca

What do you do there?

Awesome stuff. Well, it all depends on you. First time around I ended up staying with some slightly crazy Tyrolean architects, painted on walls, gave an interview that was eventually turned into a song by Tomà and Ben (never released thank god, I’m not great song material), danced till the end of the night only to watch the sun rise from the rooftop and wrote some texts. I wasn’t prepared and overwhelmed with the endless possibilities that opened up to me. Second time around I had a better plan. I joined some great collaborations, got painted, painted some more walls, created a game and even jumped through a paper window. It’s a playground after all and sometimes you should not only play with ideas, but make them happen.

Personally, I think it’s best if you go there with an idea in mind and develop or even realise and finish it there. This way you can probably make the most of it. And 10 days might seem long to you – they’re not once you get into the Schmiede-lifestyle.

The Schmiede is open for pretty much anyone, all you need to do is apply. Costs: 50€ + accommodation. More info can be found on the website. 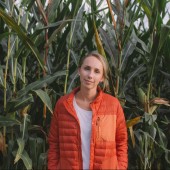 Happy I found what works best for me! Nachdem ich